Google Pay On Air – After popularity of Google Tez Shot Game and Diwali Game, Google Pay is back with another such reward offer which is relatively very easy. You just have to listen to two ads as you must already be doing on Youtube. This offer is named as Google Pay On Air where you have to listen to any Google ad(s) two times and you’ll win 2 Free Scratch Cards with assured rewards upto Rs 1000. You’ll get minimum Rs 10 in each scratch card. 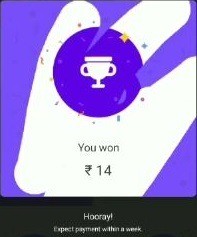 Note : Earlier this offer was only for Kerala State but now it’s available for all the states.

1. First of all, download Google Pay or update the app (if you already have it).

2. Register for an account using code : y92Yq (if you haven’t already).

3. Now, open the app and go to promotions tab on your dashboard.

6. As soon as you click on “On-Air”, Google Pay will ask for Microphone Permission and start listening to Google Pay Ad. 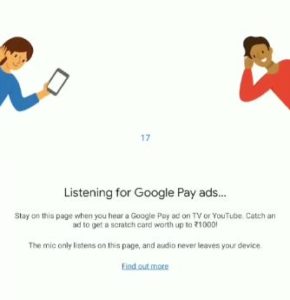 7. Google Pay On-Air will automatically catch that ad playing on other device. 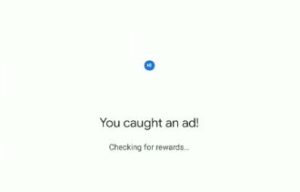 8. You’ll get a scratch card now that you can see in your reward section which has assured rewards worth Rs 10 to Rs 1000. 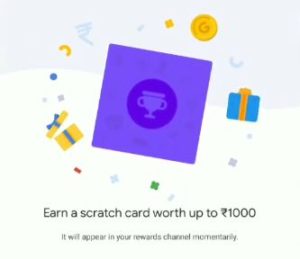 9. Go to rewards section now and perform the task asked on the scratch cards. 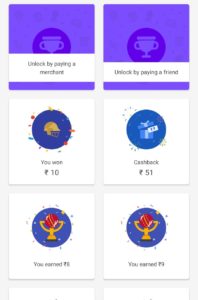 10. That’s it. Scratch the cards and get your assured rewards into your Bank directly.

Join Our Telegram Channel And Never Miss Another Update From AllTrickz 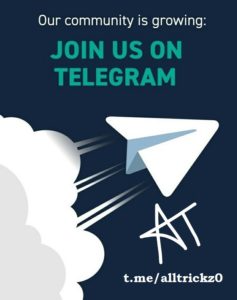